Ready to make your morning even better? This Dutch baby pancake recipe is quick, simple, and delicious. It’s easy enough for a rushed weekday breakfast and pretty enough for a special  weekend!

If you’ve tried these pancakes before, you probably haven’t forgotten them! They’re a large, soft pancake with crisp edges. It’s baked in the oven instead of on the stovetop, and topped with powdered sugar and lemon. Pretty unforgettable! However, despite the name, they actually aren’t from the Dutch culture.

The popular story is that they were nick-named “Dutch Baby” by a restaurant in Seattle named Manca’s Cafe. It was said that this happened because the owner’s daughter couldn’t pronounce the word “Deutsch.”

Yes, Dutch pancakes are actually German pancakes! They are the American take on the German pancake (otherwise known as “Pfannkuchen”). Whew!

How to make dutch baby pancakes

First things first, you will need an oven-safe skillet. My favorite is a cast-iron skillet! I love (and use) mine for almost anything in the kitchen.

This recipe starts with wholesome ingredients combined into a pourable batter. The key to a perfect airy consistency is not over-mixing, so don’t worry if there are still some small lumps in the batter.

Once your batter is ready, pour it into the hot, buttered skillet, and pop that Dutch (or German, rather) pancake in the oven! It should cook within 15-20 minutes, but keep an eye out for a golden brown color on the top.

Get fancy with the toppings

Traditionally, a Dutch baby pancake just has powdered sugar with squeezed lemon on top. However, you can get a creative as you want with your toppings. We love to put fresh fruit or butter and jam on ours!

1. Measure the butter into the skillet. 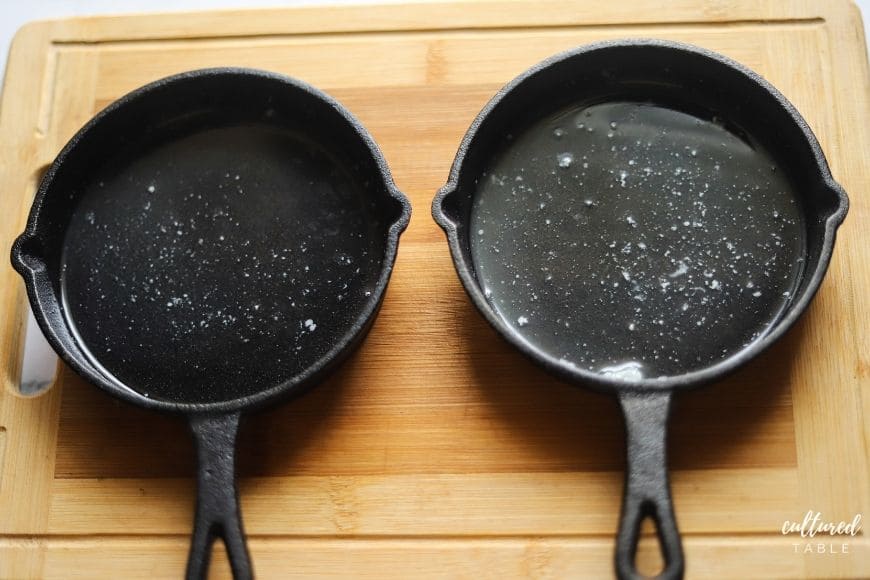 2. Place the pan or skillet in the oven and preheat the oven to 450° degrees Fahrenheit.

3. Crack the eggs into a bowl. 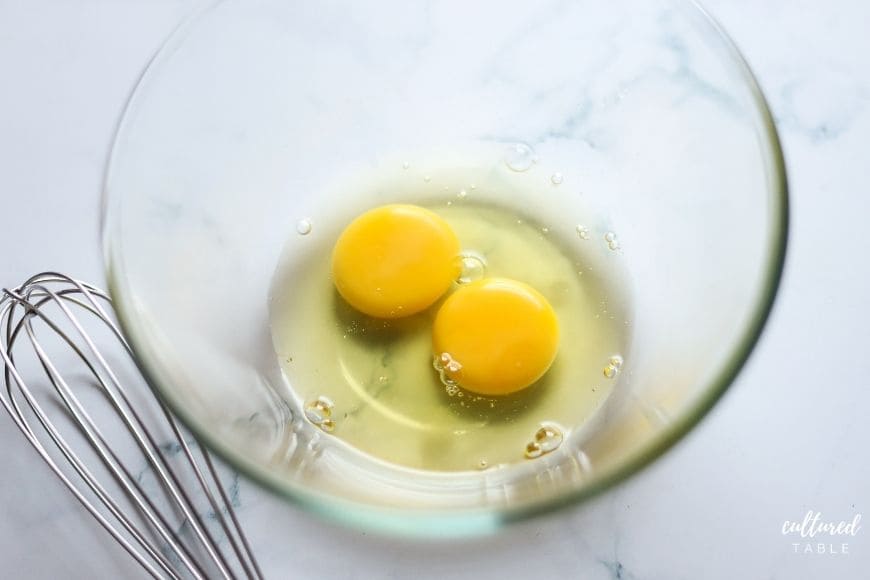 4. Whisk in milk to combine.

5. Add the flour, salt, and flavoring (nutmeg, cinnamon or vanilla) and whisk until everything is evenly mixed. 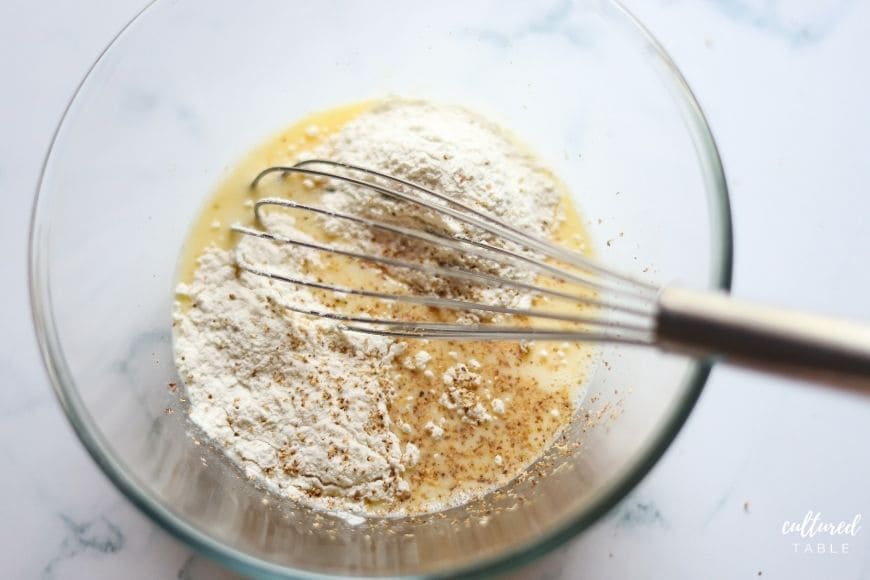 6. Don't worry if there are small lumps. Do not over-whisk. 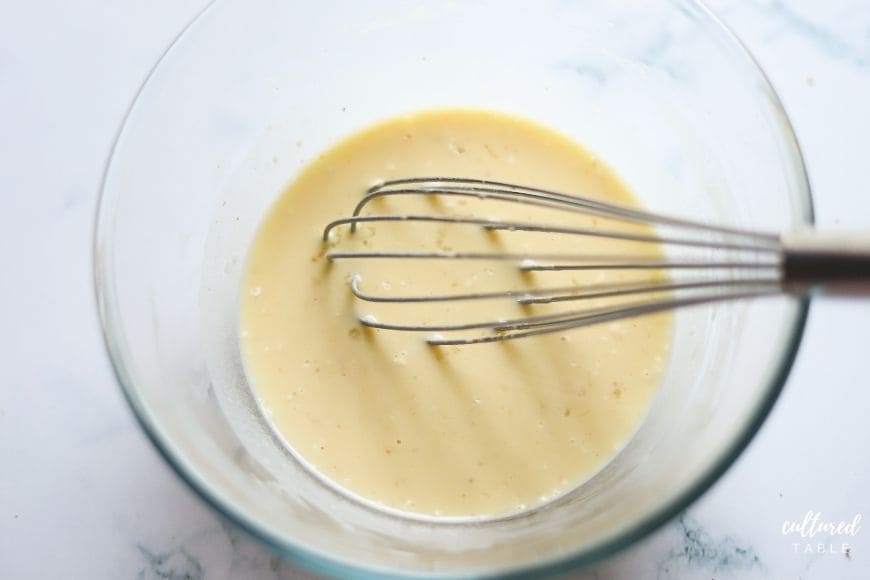 7. Swirl the hot pan to evenly distribute the butter, then pour the batter into the skillet. Bake for 15-20 minutes or until the pancake turns golden brown.

8. Remove from the oven and serve warm with fresh fruits, a squeeze of lemon or orange, and dusting of powdered sugar.

Did you make this recipe?